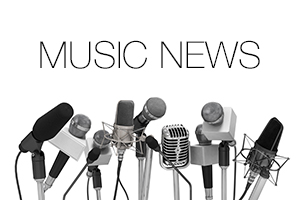 For the first show of every year, I select what I feel are the best CDs of the previous year and label it my “best of” show. It’s an unabashedly subjective list of the music that impressed me the most from the previous year’s additions. The music need not be copyrighted in that year, but it will have been added to the Audiosyncracy library during that calendar year.

It’s always something of a harrowing yet thrilling experience to select the music and produce this show. It’s a balancing act of “how many short tracks can I cram into my 61 minutes?” This year, I tried something different: I attempted to keep contemporaneous notes (hmm… where have I heard that phrase before…?) about the music that impressed me as it was being played. I’m not perfectly satisfied with that system as I’ve noticed a couple of worthy entries missed. I’ll keep working on it.

With that introduction aside, and in no particular order, let me introduce you to the Audiosyncracy Best of 2017! The specific playlist will be released after the show(s) airs.

Joseph Akins – Into the Flow

Timothy Crane – The Fall of a Sparrow