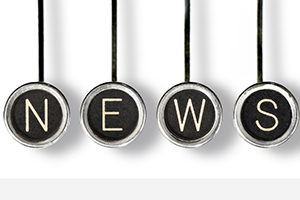 It’s that time of year again….

Those of you who know me well or listen to the broadcast know how I feel about this award. For those of you who don’t, well, you’re about to get the full dose.

Let me begin by saying as clearly as I can: I AM NOT A GRAMMY VOTER! NOT. A. GRAMMY. VOTER!

Much of my resistance to the Grammy awards comes from the fact that the vast majority of voters have no real sense of what the music in the category includes, or who the artists in the category are. It seems to me that, in the absence of knowledge, they simply select names they’re familiar with and move on to the next category. Occasionally, an artist heard on my show gets the award, as was the case in recent years when Paul Avgerinos won in 2015, Ricky Kej and Wouter Kellerman won in 2014 and Laura Sullivan won in 2013. More often, it’s the big names that receive the nominations and, most of the time, the awards. Pat Metheny has won several New Age Grammys. I love his music, but come on! Yes, I wish I had a Grammy vote but I don’t and won’t, in the foreseeable future. That’s why I value the ZMR Awards so much more. They’re authentic, they’re voted on by radio hosts who work with these artists and this music on a daily basis.

With that out of the way, the 60th Grammy award nominations were released this week. It’s my opinion that, as almost always, the voters played it safe.

In case you missed it, the nominees for the 60th Grammy in New Age Music are:

I have exactly one of these CDs.

In all honesty, the other four don’t fit my format but I might use some Eno and Roach in there somewhere. I’ve played Kitaro before, but not enough, I guess, to continue receiving the CDs from the label.

The upshot of the problem is that The Recording Academy lumps all of “new age” music into a single category, so that you have the electronic music of Brian Eno directly opposite the solo piano of Peter Kater, and so on. In the rap world, however, the Recording Academy offers four categories. Don’t get me started on whatever in the world they consider the “Contemporary Instrumental” category.

My object here is not to bash on the Grammys or the Recording Academy. Most emphatically, I’m not here to critique the music of the artists nominated! I just think that a single award of this magnitude fails to characterize the broad scope of the music in this world and that unfairly represents the vast majority of artists who should be eligible for it. India.Arie is a gifted musician but I think even she would agree that her music is not “new age.” I don’t know what you’d call it or which other category you’d place her into but it’s not like the rest of the music being considered for the same award. Music has always been difficult to categorize. The music heard on Audiosyncracy is especially hard to categorize. I often describe the music I play as spanning from folk, to classical, to jazz and much in between.

I don’t begrudge any of the other artists in the list but I hope Peter Kater wins. He’s been nominated so very many times but has yet to take home one of those trophies. It’s about time, and Dancing on Water is deserving of the award.

So, as before, I’ll cheer whoever wins but grumble about the process. Unless it’s Kater, I won’t be playing their music on Audiosyncracy. I’ll look forward instead to the ZMR Awards this spring. There I will have a vote and know that the winners are truly the most deserving.